I decamped to Chennai, South India, for eight months in May 2102, joining my wife Sunita who had gone there a couple of months eariler thanks to a grant from The Fulbright Foundation. She was there to do research on a fascinating project on the mathematical thinking involved in Kolam, an art form practiced by women in South India. This is a kolam: 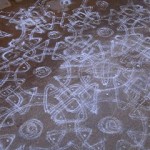 I joined her to pursue my interest in collaborating with Indian musicians. Well, things always take longer than you expect in India, but ultimately there were some excellent results, culminating in two concerts dubbed “Saxophones and Swaras” in New York in April 2013. 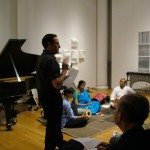 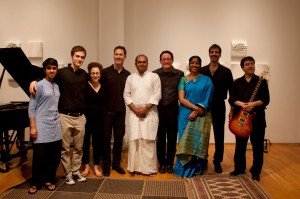